The auction will be hosted by Cyber Toy Auctions (a subsidiary of RSL Auctions) on LiveAuctioneers. This auction will feature a fantastic variety of Souvenir Buildings, Still & Mechanical Banks, Boats, Automotive, Trains, Wind-ups and more!

Here is the link to LiveAuctioneers where you can register for this auction and view the nearly 600 lots: https://www.liveauctioneers.com/catalog/193388_architectural-souvenir-building-banks-and- toys/

Please note that this auction will contain items from the Bob Kneisel Collection along with other souvenirs, banks and toys. It will feature almost half of Bob’s total collection. The remaining items in Bob’s Collection will be featured in another auction later on in the year. We will be sure to let you know when that auction is scheduled.

So use the above link to visit the LiveAuctioneers site and register for this auction. Then join us on Friday, 26 February 2021 starting at 12pm EST for Cyber Toy Auction’s 14th sale entitled :

Check out all of the delightful little buildings awaiting your bids on February 26, 2021.

Congratulations to Mark Fine, SBCS Zoom Ringmaster, for starting the 2021 ZOOM Calendar with this distinguished guest.  Mark’s stewardship of the Zoom gatherings that were established to bridge the loss of 2020 activities has morphed into a well-received benefit of membership in the Souvenir Building Collectors Society.   The 2021 Zoom meetings are scheduled bimonthly on the 2nd Sunday at 2PM Eastern Time.  The 2021 Calendar is below.

The first Zoom meetings in 2020 were based in our classic Show & Tell format from the annual meetings.  Participants shared stories about their new finds and long held treasures.  In October Mark interviewed Jon Merwine soon after his publication of Replica Buildings – A Visual History was published.  Then in December Anton Tremblay, long-time member and founder of Microcosms was featured.

These interactive Zoom meetings are only open to current members of the Souvenir Building Collectors Society.  All current members are sent an email a few days before the event.  Registration is by reply to the email.  The emails contain instructions for registration and for accessing Zoom.   Memberships are now due for 2021.

The newly published REPLICA BUILDINGS, A VISUAL HISTORY will be the focus as Jon Merwine is interviewed by Mark Fine, ZOOM Master.

You will have an opportunity to ask your own questions of Jon.

This opportunity is open to current members of SBCS. Check your October 7 emails for your invitation and directions on how to respond to confirm your attendance.

Jon has graciously provided printable downloads of the KEY and INDEX pages of REPLICA BUILDINGS, A VISUAL HISTORY. These are available in the MEMBERS ONLY section of this website.

SBCS members Mike and Jon Merwine have produced a book for us to savor in our hunkered down, isolated state. 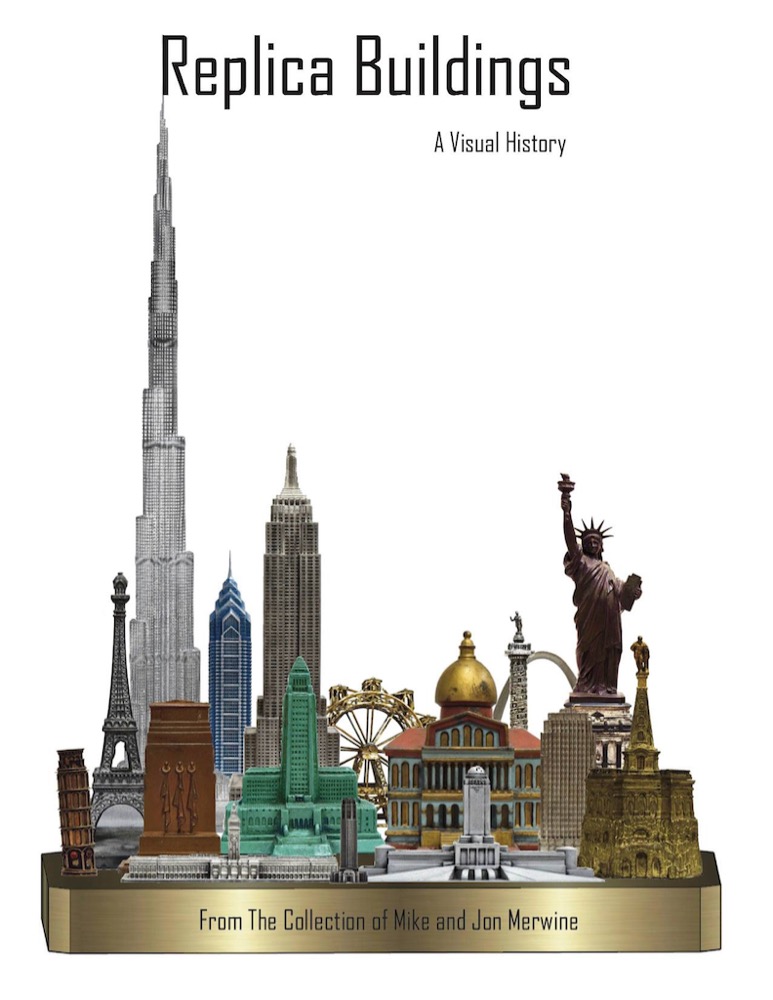 “Replica Buildings: A Visual History”, contains over 2400 items cataloged with clear, high resolution images along with material, maker, size, location, function and age information per piece. It is over 340 pages with a hard cover – detailing pieces from the Grand Tour all the way to the modern miniatures made by InFocusTech.

“What started as a hobby in 1998, quickly became the Merwine family business – what many collect today as Cast Metal Buildings by InFocusTech. Over these past 22 years, the company has created over 1000 building replicas from all over the world in various shapes and sizes. This hobby was greatly influenced by the souvenir building collecting obsession – one held by both Mike and Jon. While the collection was around 300 very common pieces in 1998, it rapidly grew over the past two decades and currently sits above 4000 items. Being a family of collectors and creators we felt a great way to express our passion for the hobby was to create a guide using our collection.  And also to inspire others to take up the mantle of collecting as “Monumental Miniatures” by Majua and Weingarten did for us 21 years ago.” Jon Merwine.

An official invitation to this upcoming meeting, with more information, will be sent via email to all current SBCS members in early October.  Remember that you must respond to the email to be included in ZOOM meeting.

In the meantime, the Souvenir Building Collectors Society Facebook group continues to engage with photos, conversations, and collections,  everything from a Sunsphere throwdown to a staid Lincoln Memorial.  Check it out. 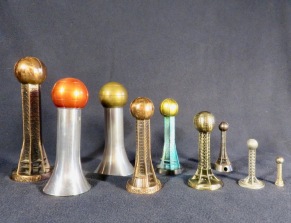 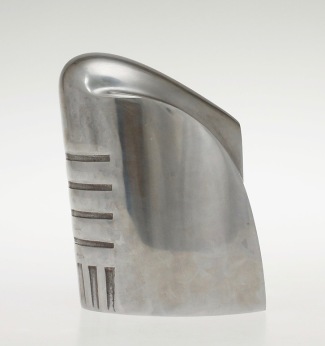 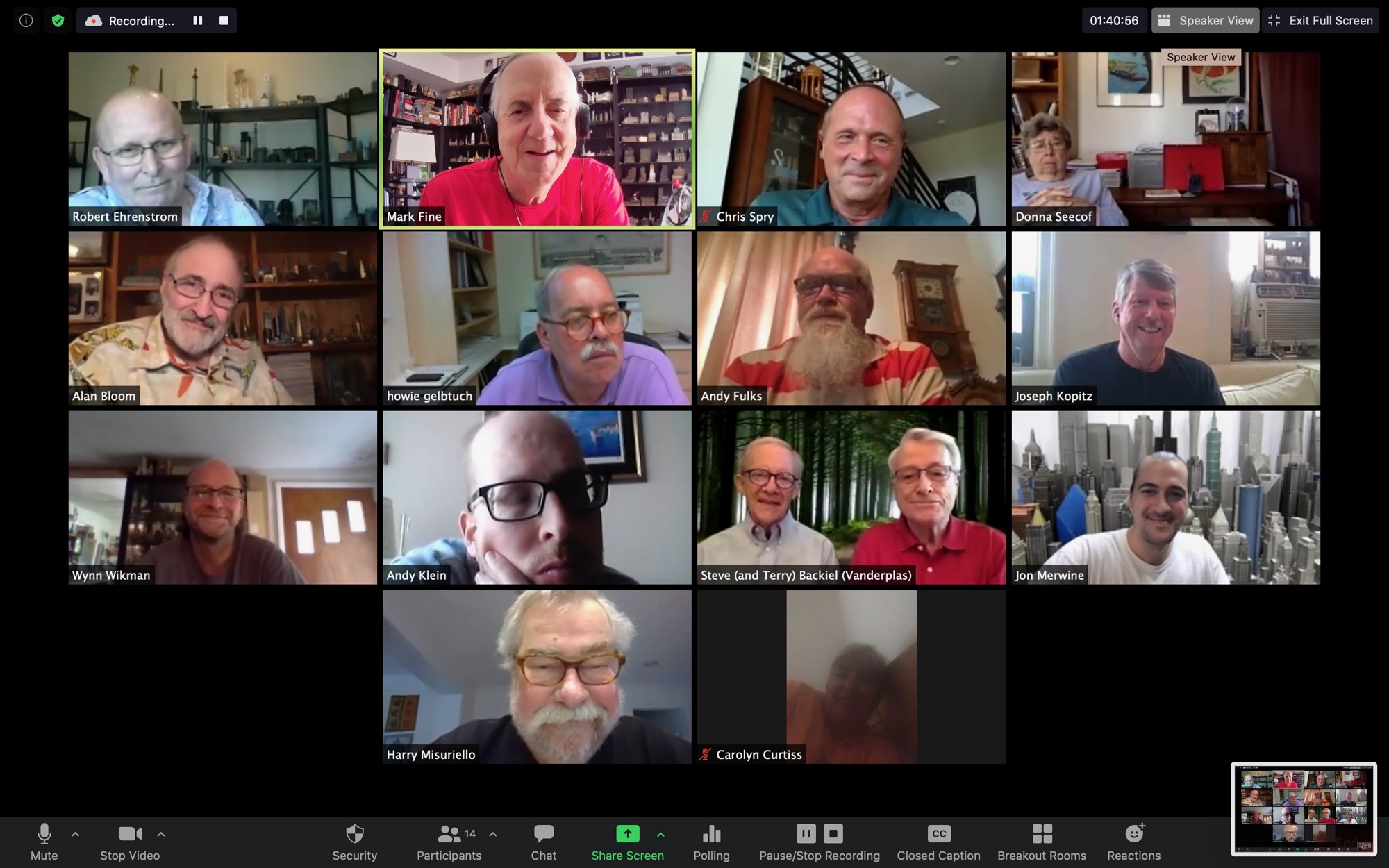 It’s a Sunday Bunch! Join with fellow SBCS members on ZOOM in a virtual “MEET & GREET” at 2PM Eastern on Sunday, August 9.

Not wishing the Society’s camaraderie to languish during the 2020 Pandemic, cancellation of Convention 2020 and the long wait for Convention 2021, the Executive Team started this monthly virtual gathering. Join us for our third monthly Sunday meet and greet.

The platform is ZOOM. The moderator is Mark Fine. The length of time is 45 to 60 minutes. The loose plan for the initial meeting includes:

3. This month’s Show & Tell continues the theme of a Great Story. Where you found it, how you found it, a special moment, a story about the piece itself, etc. Please do not plan to take us on a tour of your collection.

THIS “EXPERIENCE” IS LIMITED TO CURRENT MEMBERS OF the SOUVENIR BUILDING COLLECTORS SOCIETY. If you are not current with your membership or are interested in joining, click here to be taken to the Membership Application page.

THERE ARE PLANS FOR FURTHER MEETINGS. Please let us know your recommendations for themes or topics. As of now the recurring date and time is the 2nd Sunday of the Month at 2PM Eastern. Be sure to stay tuned.

Lots of Boxes! Chris got a work-out loading them. 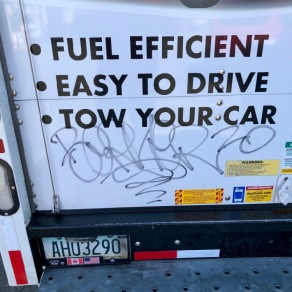 Grafitti notwithstanding Chris rocked the trip.

The last box was loaded onto the U-Haul rental.   All items fit snugly in the 10’ Box truck.   The Bob Kneisel Collection was ready to travel 2600 miles across country from Los Angeles to Oldwick, New Jersey.  The trip was planned and executed to complete the planned dispersal of the Collection four years after it was bequeathed to SBCS by Bob Kneisel.

The destination was RSL Auctioneers in Oldwick, where Leon Weiss and his Associates, Julian and Andrea will take over and prepare the items for a “cyber” auction later this year.

The travel plan included a drive-by stop at Steven and Ethan Chevalier’s home in Ridgewood outside of Jackson MS.   There, eight of the boxes were unloaded to await the 2021 SBCS Convention in Jackson.

The route was simple but a jumble of interstate routes.  First it was I-10 to I-20 straight into Jackson.  Then, back on I-20 to Birmingham, northeast on I-59. East on I-40, northeast again on I-81 and then due east on I-78 to New Jersey.  The road trip included several picturesque parts of the country, including the Mississippi and Alabama forests, The New Mexico and Arizona Sonoran Desert, and the Shenandoah Valley.

All this done in 5 days.  And yes, we were employing best social-distancing practices in accordance with our current National situation.

The STAIRS and the RSL crew plus Joe Kopitz

At the New Jersey location, Joe Kopitz met me, and we unloaded the truck along with Leon Weiss, his son Julian, and Andrea Abernethy.   But, as a surprise to Joe and me, it included unloading and moving those 144 boxes up a flight of stairs.  Yes, RSL Auctions is on the second floor of a commercial building with no elevator.   Even though fitness centers are starting to reopen nationally, no StairMasters were needed that day.

After the delivery, Joe started his meandering way back to Brooklyn, intending to stop at several New Jersey thrift shops that he had not visited in the past.

Me?  I chose to relax until my flight from Newark to Los Angeles the next day.   Up to that point the trip was extremely satisfying.   However, commercial flying today is challenging… but that it another story.

RSL intends to issue the Kneisel Collection as an exclusive two-day cyber-sale, meaning that is will be on-line only for two days and only include items from Bob’s Collection.  Look for announcements regarding the sale on the SBCS and RSL websites and by email blasts from SBCS.

Bring a full cup and join with SBCS members on ZOOM in a virtual “MEET & GREET” at 2PM Eastern on Sunday, June 14th.

Not wishing the Society’s camaraderie to languish during the 2020 Pandemic, cancellation of Convention 2020 and the long wait for Convention 2021, the Executive Team is working to establish a series of virtual programs to bring members together.

The platform is ZOOM.  The moderator is Mark Fine.  The length of time is 45 to 60 minutes.  The loose plan for the initial meeting includes:

THIS “EXPERIENCE” IS LIMITED TO CURRENT MEMBERS OF the SOUVENIR BUILDING COLLECTORS SOCIETY.   If you are not current with your membership or are interested in joining, click here to be taken to the Membership Application page.

THERE ARE PLANS FOR FUTHER MEETINGS.  We have some ideas, but let us know your recommendations for topics.  The suggested recurring date and  time is the 2nd Sunday of the Month at 2PM Eastern.  Be sure to stay tuned.

The 2020 Annual SBCS Convention scheduled for October 23-25 in Jackson, MS has been postponed until October 2021, exact dates TBD (to be determined).

Stay tuned for further information regarding the Convention and what plans are brewing to keep SBCS Members engaged with each other.  Fun events using new technology are in the works.

In the meantime there are the FaceBook Follies over on the SBCS Facebook page to keep us entertained.  They started with the ABCs and before the group got to Z(ed) the National Building Museum followed suit with an A-Z Tour of the David Weingarten Collection of 20th Century Buildings.  When it seemed the ABCs were exhausted new categories for sharing sprung up: Real buildings that look funny, Multiples, Masked Statues (Right On!), Postcards paired with their miniature buildings.

Take a trip over to Facebook and feast your jealous eyes on those “look but don’t touch” gems. 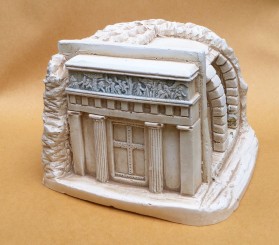 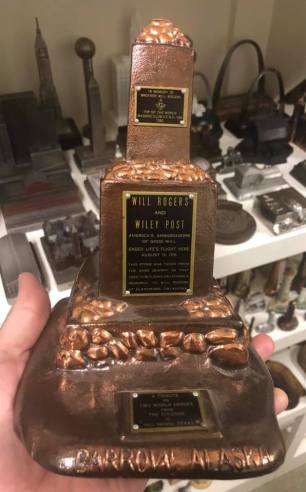 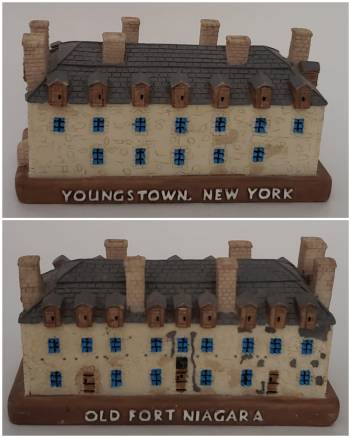 Souvenir Building Collectors under “STAY SAFE” guidelines are finding a myriad of ways to stay busy.  Are you one of those surfing the netways to find the next acquistion?  Are you actually dusting your collection?  Or maybe you are organizing it into themes, or countries, or materials, or by size.  Some are even going to the effort of cataloging.

The participants in the Souvenir Building Facebook Group are finding ways to share their collections with other members via various challenges: the A-B-C challenge, a castle challenge, a multiples challenge.  Come join the fun. 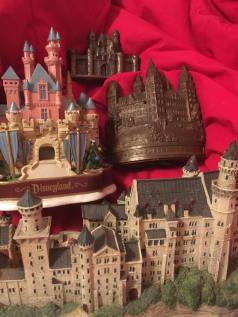 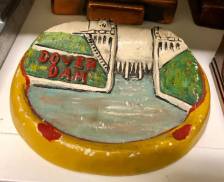