The SUMMER 2019  edition of SOUVENIR BUILDING COLLECTOR has been mailed, emailed, and is available in the Member Section of this website.

There is a glorious “Photo Essay” rendering of the SBCS / SBCCA joint 2019 Convention in Olathe, KS for your viewing.

You will want to read Howie Gelbtuch’s (with help from Anton Tremblay) take on “DOWNsizing UPgrading.”

For those of you who bask in SOLs – you know who you are – there is a tid-bit.

The next round of SBCS member opportunity to capture some of Bob’s Better Buildings was detailed in the newsletter.  One box per member, but …   If we do not get full Member response, we will open it to additional boxes after the first round.  You can click here for a printable copy of the order form.  The LAST DATE for participating is OCT. 19.

Coming in November will be a series of HOLIDAY FLASH SALES – Each Flash Sale will feature a single category of souvenir building collectible, the number of boxes in the offering will be limited by the number of items available in that category. 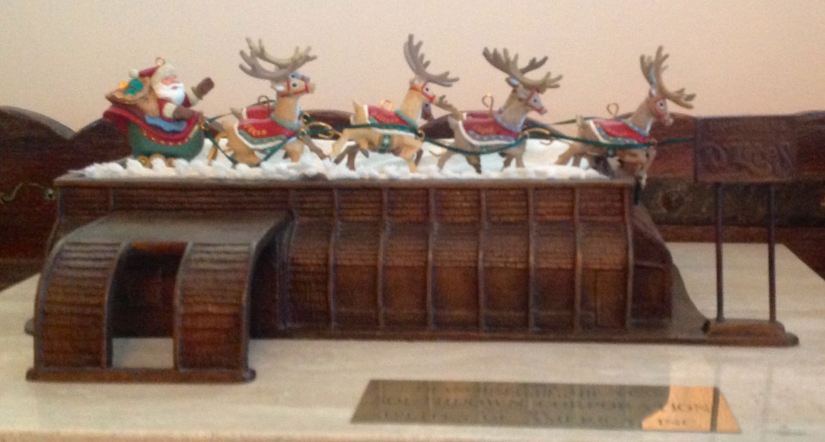 Keep these sales in mind as gift boxes to that special collector. The Flash Sale will be via email blast and a post.  Be sure Joe has your email address on file.

The SBCS FaceBook community is a hive of activity and pictures.  Souvenir Building collectors (SBCS members and non-members alike) have been sharing photos, tips, stories, and exchanges, sales, wants, etc.  Click here to join in the fun.  Be sure to answer the questions asked of all who request membership in this closed group.

SBCS WEBSITE NEEDS A WEBMASTER / EDITOR:  Donna must step down.  This site is a wordpress.com site.  The site is registered to SBCS. 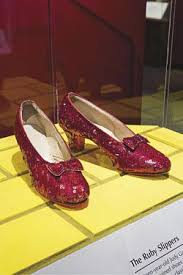 THANKS FOR THE MEMORIES and AN EASY WAY TO FIND THEM 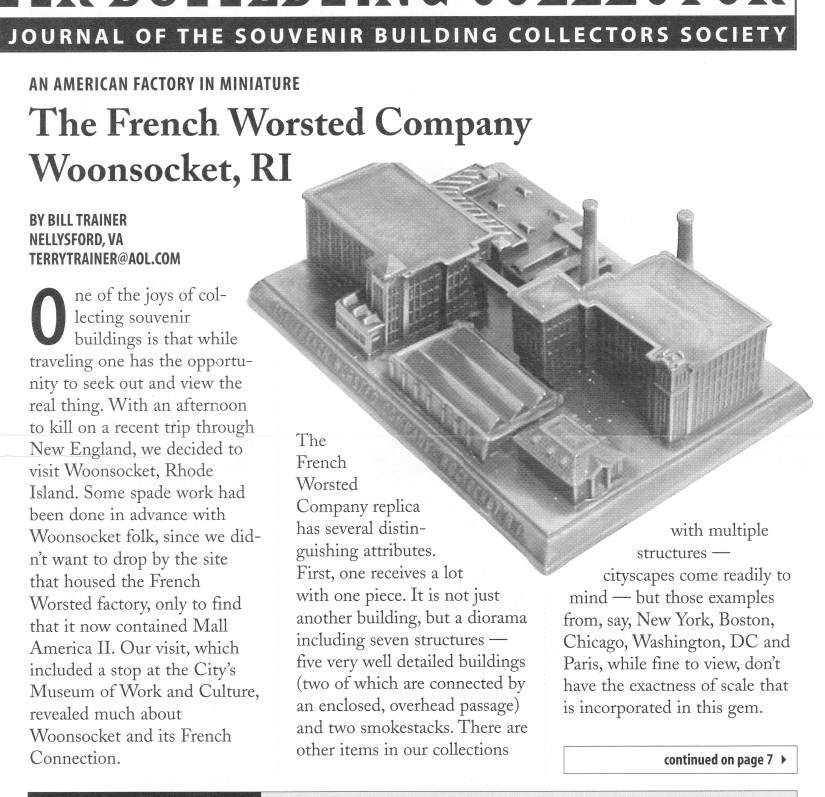 Researching the 25 years of the SBCS Journal newsletter is made so much easier by the Indexes supplied by member Tom DiNapoli.  There are three: Authors, Articles and Featured, and Topics.  Tom has modernized for the most recent set. Take a trip over to the Newsletters page and check them out.
March 21, 2019March 22, 2019 Bookend Collector

Orders received until April 20.  Shipped out by May 10.

It is that time of year when Souvenir Building Collector’s start to think about cleaning and dusting our Collections, and maybe, just maybe, we consider slimming down – our Collection that is.

The Kneisel Collection is no different from other Collections; it needs slimming down.  In the spirit of Spring Cleaning, and Marie Kondo, if you are following the Netflix series, the Kneisel Committee is going to offer up selections from the Collection exclusively to current SBCS Members.  These items Bob loved, and we wish to pass the love on to other Collectors.

This is no ordinary offer!   This time we are offering items from Bob Kneisel’s Collection that are NOT BUILDINGS.  This offering will be souvenir statues, busts, animals, transportation items and other non-building items.  The general rules of the offering are similar to last fall’s Pot Metal Box Luck offering: ONE Box per member. Paid-up member.  $25 dollars for a random selection of six (6) items with shipping included in the price.  Cost is slightly higher for a PayPal transaction.

If you are interested in this exclusive offer to expand your Collection and add six randomly selected pieces to your “other” Collections, CLICK HERE for the order form.  Print and mail in your check or pay via Paypal.

See how easy it is to turn Spring Cleaning into Collection Enhancement.

In addition, SBCS Members in good standing can look forward to another Kneisel Collection offering later this year to commemorate our 25th Anniversary.  This offering will be a random selection of more desirable souvenir buildings from the Collection.  Look for details about this unique offer in our next newsletter.

There once was a collector called Kneisel

Of souvenir buildings he had a houseful

His Legacy provides surprise by the boxful!

A single box containing 5 items from Bob Kneisel’s bequest to SBCS is being offered to each paid-up SBCS member for $25 a box. The $25 covers packing and shipping.

The contents of each box will be randomly selected from some of the lesser or duplicative pieces in Bob’s collection.  They will be selected to fit 5 items into a USPS Medium Flat Rate Box.

No member may purchase more than one (1) box from this offering.  Household memberships can purchase two (2) boxes.

This offer is time-limited.  You must be a paid-up SBCS member by October 1, 2018.  The Pot-Metal Box-Luck order must be received by October 15.  The boxes will be mailed the last week of October.

So get your order in early.  You will be able to place your order starting September 1, 2018.

Conviviality was a big feature of the 2018 SBCS Convention in Worcester, Mass.  Billed as a Boston / Brimfield / Building Bash, the Convention delivered on all accounts.  The fields of Brimfield, the local (or nearly local) antique malls and shops, the Convention Swap Meet, Raffle, and Auction all contributed to the friendly competition among attendees.  Here’s a look at SBCS Boston 2018.

Collectors are riffing on plastic, ceramic, and wood buildings, Apple Park, Ukranian Churches, James Dean, Fallingwater.  New members are posting pictures of their collections.  Joe K. has a discussion question up for Boston attendees about the use of the Antiques and Collectibles guide that was available.  Check it out here: Souvenir Building Collectors

The next Journal of The Souvenir Building Collectors Society will contain an article and an offer from the Kneisel Committee.  The offer of 5 Kneisel Collection buildings for a mailing and packing fee of $25 will be open to all who are current (paid-up) SBCS members as of September 30, 2018.  Specific details will appear here on the SBCS website soon and in the SBCS Journal.  “Watch this space” and be sure your membership is up-to-date.

Back in 2002, the Souvenir Building Collector, Journal of the Souvenir Building Collectors Society, published a part travelogue, part historical, and part descriptive article by Bill Trainer on The French Worsted Company, Woonsocket, RI.  A miniature replica of this company’s buildings and campus is sought after by souvenir building collectors.  In just a few days one of these replicas, from the Bob Kneisel collection, will be auctioned off at the SBCS 2018 Convention in Worcester, MA.

Here is the beginning of the article.

Full copies (24 years) of the Journal of the Souvenir Building Collectors are digitally available to members of SBCS.  Join today.

There is still time to register for and attend the July 13 – 15 Convention in Worcester, MA. To visit the registration page click here.

Monuments, Mountains, Banks, Carillon………. Bring an empty bag to the 2018 SBCS Boston Convention!  Take a look at these additional pieces from the Kneisel Collection that will be available for purchase through the Swap Meet and the Auction on Saturday, July 14.  Don’t miss out!  Click here for Registration Information!

Start planning TODAY! The 2018 SBCS Convention has something for everyone! The convention hotel, Worcester HILTON GARDEN INN, is situated between the treasure-filled meadows of Brimfield and the historic buildings of Boston.  Worcester is the where the SMILEY FACE was born, a sign of the good times that await SBCS conventioneers.
The Convention is Friday, Saturday, and Sunday, July 13 – 15. Visit the 2018 Convention Tab/Page for the hotel details and make your reservation early. The Convention Schedule and Registration details will soon be available.

The stories are swell at a SBCS Convention “Show and Tell.”

Bill H. and Michael E. brought the tale and the evidence of the IRISH HILLS TOWERS saga.  Apparently in the 1920s a farmer,  who owned part of a hill that the Michigan Observation Company (MOC) sought to purchase for a tourist-based observation tower, refused to sell his portion.  Whereupon, the enterprising company purchased the adjoining piece of land and built the IRISH HILLS OBSERVATORY and opened it to the public in September of 1924, to great success.   By November of the same year (just 2 months later), the envious nay-sayer had built his own tower adjacent to the first and made it a bit higher to attract the tourists to his site.  Reacting to challenge the Michigan Observation Company added a second observation platform atop the first and called their tower the ORIGINAL IRISH HILLS TOWER.  The farmer then evened the height of his tower with the “Original” and named his tower the “Gray” tower.  MOC then countered with the threat of tearing down their tower and erecting a metal edifice so large that the challenge would be over.  From then until the 1950s the towers were competing attractions.  In the 1950s they were operated as one attraction with a gift shop between.   As of today, they are on the US National Register of Historic Places.  Bill’s and Michael’s Salt and Pepper Shakers depict the Original Irish Hills Tower and the Gray Tower.

Steve B. and Terry M. went building hunting with Joe K. at the start of the weekend in Chicago.  To the delight of all, the finds were special and the swapping even better.  Terry found the very nice St. Peter’s Basilica in the same mall that Joe found the University Hall and a mutually-agreed-upon swap was executed.

Steve also shared his acquisition of the McPherson Opera House and the photo he had taken of the actual building.

There are lots of convention photos to be seen in the Members Only portion of the website.  Head on over to MEMBERS ONLY / CONVENTION PHOTOS and click one of more of the links under 2017.

The MUSEUM OF ARCHITECTURE at TDCP Changa Manga Resort, Punjab, Pakistan is the first recipient of souvenir buildings from the Kneisel Collection.

In June of 2016, Robert Kneisel willed his collection of some 4000 plus souvenir buildings and statues to the Souvenir Building Collectors Society. The SBCS formed a Kneisel Collection Team spearheaded by Chris S. to address the disposition of such a magnificent gift. The team quickly determined that the bulk of the quality buildings could form the basis of a permanent display of souvenir buildings in one or more museums. Planning toward this end began in August of 2016.

Serendipitously, in March of 2017, the Society was approached, through the SBCSociety website, by Muhammad Raza Kahn, President of the Cultural Foundation of Pakistan. He told of the establishment of a Museum of Architecture and requested, from the Souvenir Building Collectors Society, the donation of architectural models of world landmarks for a display to be entitled “EXPLORE CULTURE THROUGH ARCHITECTURE.

Joe K. and Chris S. took the lead in contacting and working with Mr. Kahn, who provided the Kneisel Collection Team with a powerpoint presentation detailing the plans for the Museum of Architecture and how it our small buildings would become part of the larger exhibit.  Click below to view the presentation (remember to hit the arrow to make it run):

The team confirmed the suitablility of the request and selected an array of iconic world miniature buildings as the donation. The selected items made their way from Los Angeles, through Canada, and on to Pakistan, where they arrived in September 2017. They will be displayed at the ModelTown Museum in Lahore, Pakistan.

Souvenir Buildings on their way! 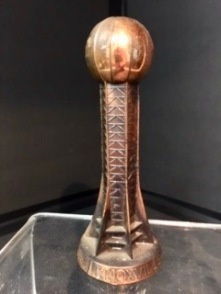 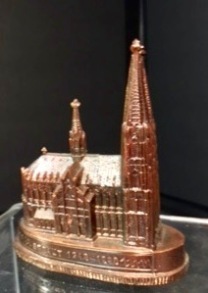 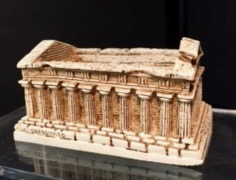 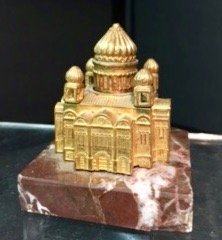 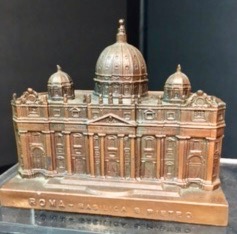 While this story is about the donation to the Museum of Architecture in Pakistan, it is also a reminder that SBCS is looking for other museums or appropriate institutions (library, university or college, city hall) who are interested in permanently acquiring souvenir buildings for display.  If you have a suggestion or two – Send the Kneisel Collection Committee an email.